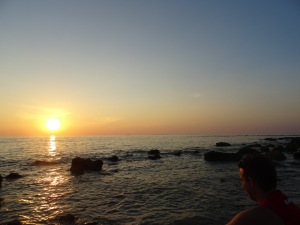 Now I know it’s been a while since I posted my last blog and you’re all itching to get that Ashley Bradbrook blog fix but fear not, I am here and I am bearing the Christmas gift that you have all been waiting for…

Here I am, currently sat in my nice new apartment in Coogee, east of Sydney, Christmas songs on my mini speaker and a nice fresh cup of green tea with my feet up.. It’s a hard life hey!! The Christmas Goon tree is up, the secret Santa has been selected and we are in full build up to the magic day.. 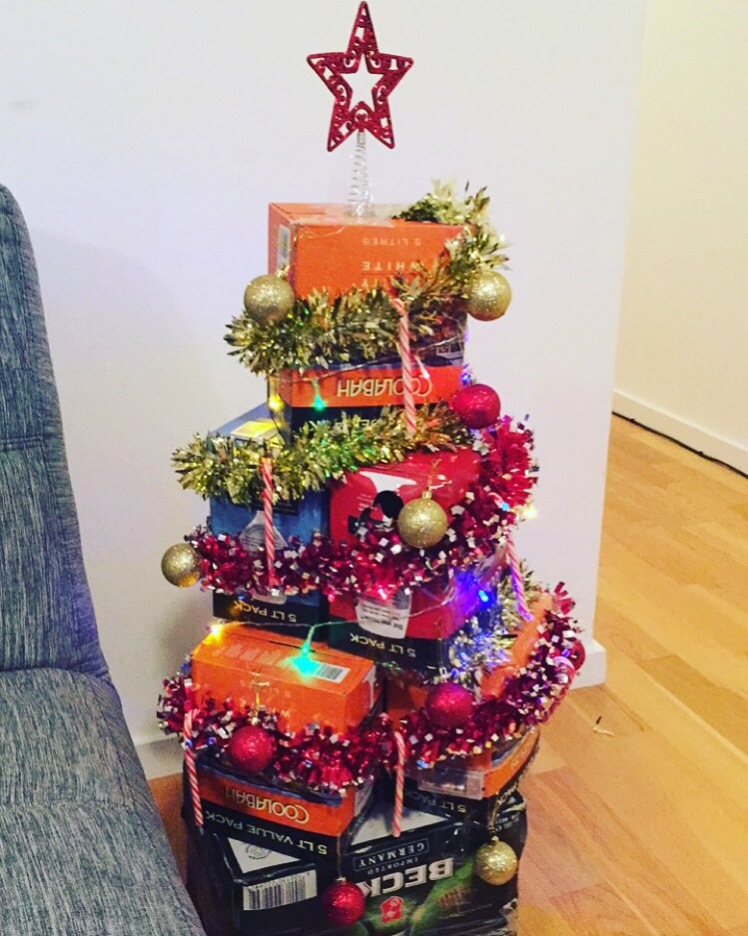 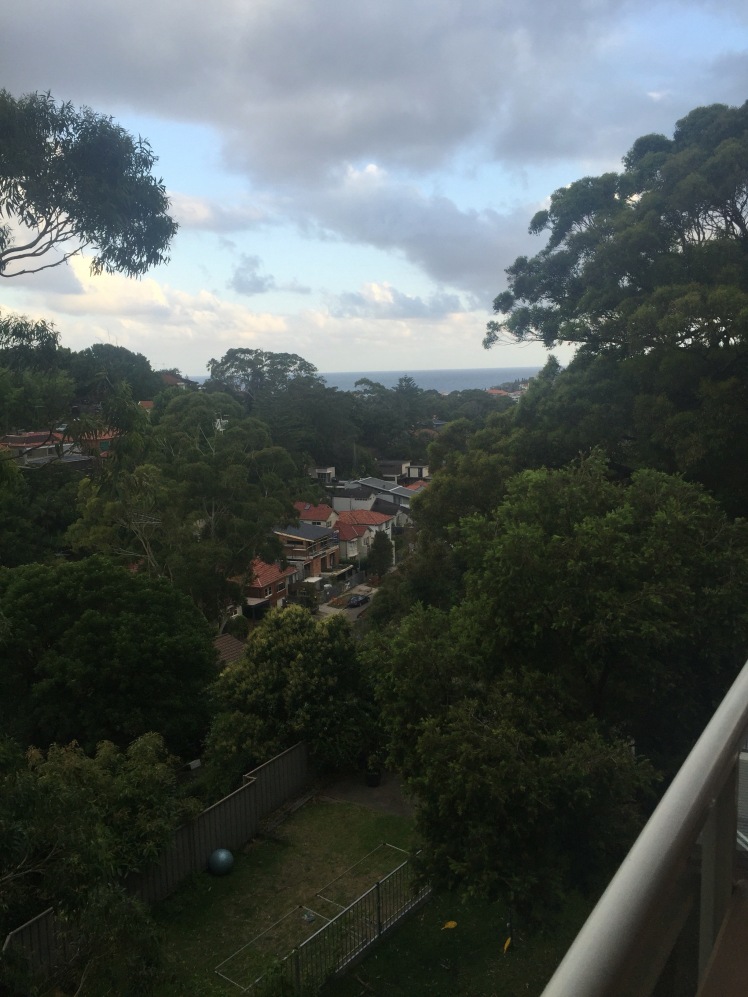 Unfortunately I wish I could fill you in with how we’ve topped the Skydive and the Scuba diving activities that made our time in Cairns so unbelievably memorable.. However in a way we have still had an incredible time but more mellow in a way that we have just been having a good time in general..

Our East Coast adventure came to an end in Cairns and it ended in suitable fashion.. After the excitement which we endured at the start of our Cairns stop, we headed down to the legendary ‘Gilligans’ and ended up staying in a room that was arguably the best that we have stayed in along the whole trip! New people came and went, new connections made and also friendships blossomed further (big shoutout to Owen McGrath for a legendary last night and the best video ever that shall never leave my phone!!)

Whilst Joss was off galavanting under the ocean, myself and George took it upon ourselves to explore further what Cairns had to offer and enjoy what time we had left.. We went out for a curry amongst friends, we went on a bike ride around cairns and to the botanical gardens and spent numerous days topping up our bronze God-like figures, oh and we waited 3 hours in a bar without moving to watch Conor McGregor knock out Jose Aldo in 13 seconds in what’s arguably the worst best UFC fight ever.. 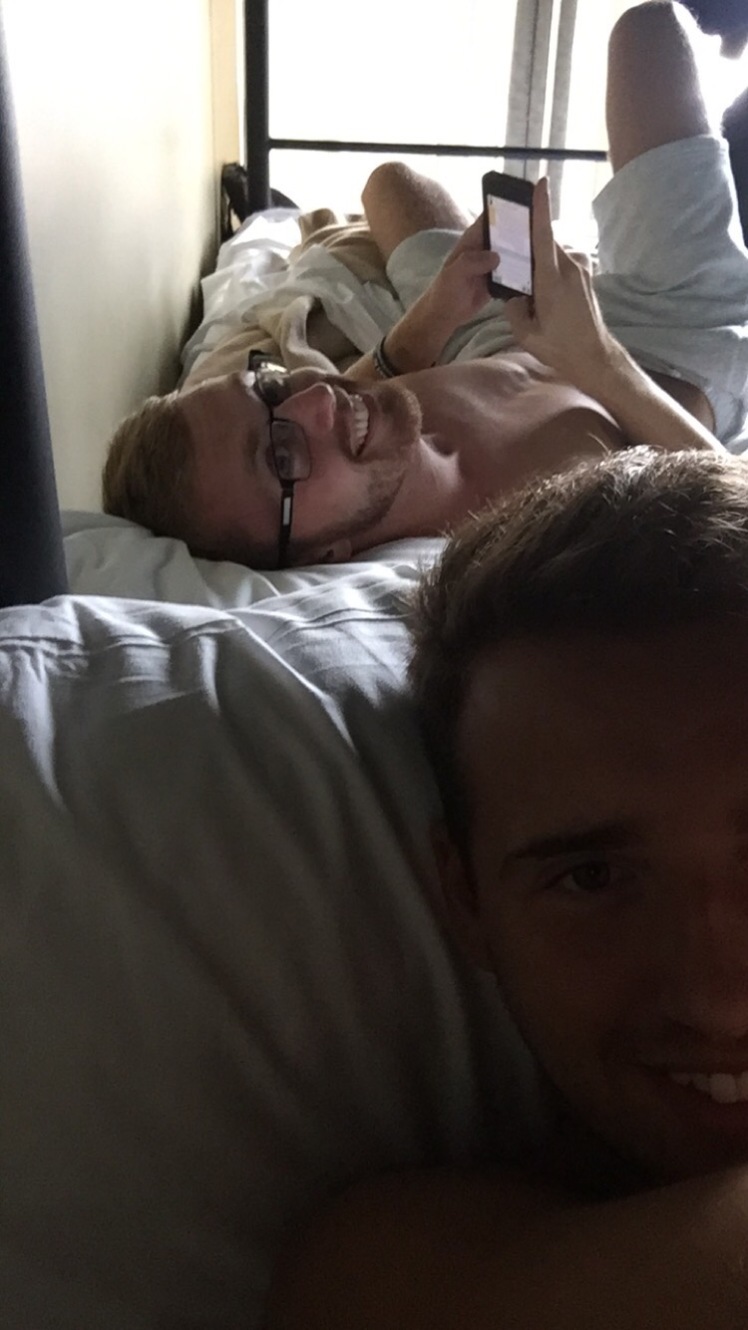 Our East Coast adventure came to an end in a very very spontaneous fashion.. 8:30pm and we were lying in bed in full relax mode as we had a flight at 10am the next morning.. Next we hear a knock on the door.. In waltz’ Morvan and within 30 minutes we are up and drinking goon as fast as possible ready for one big hurrah!! What a night it was too, the perfect ending! Everything was pure gold, if you have me on snapchat you’ll know THE next and it’s one I’ll never really forget! 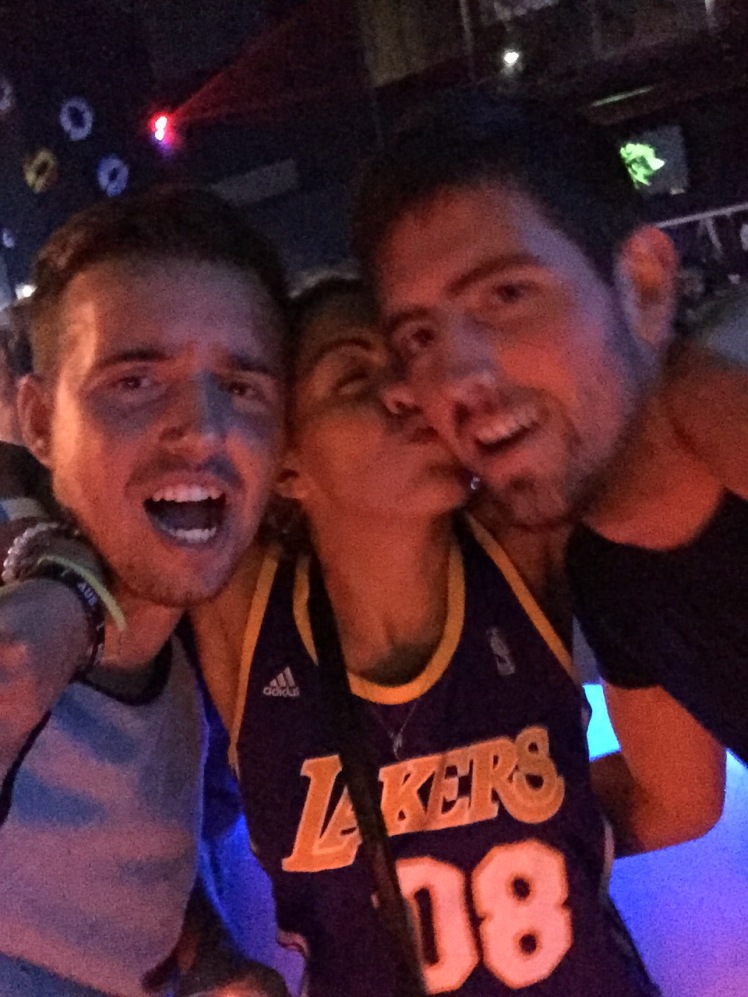 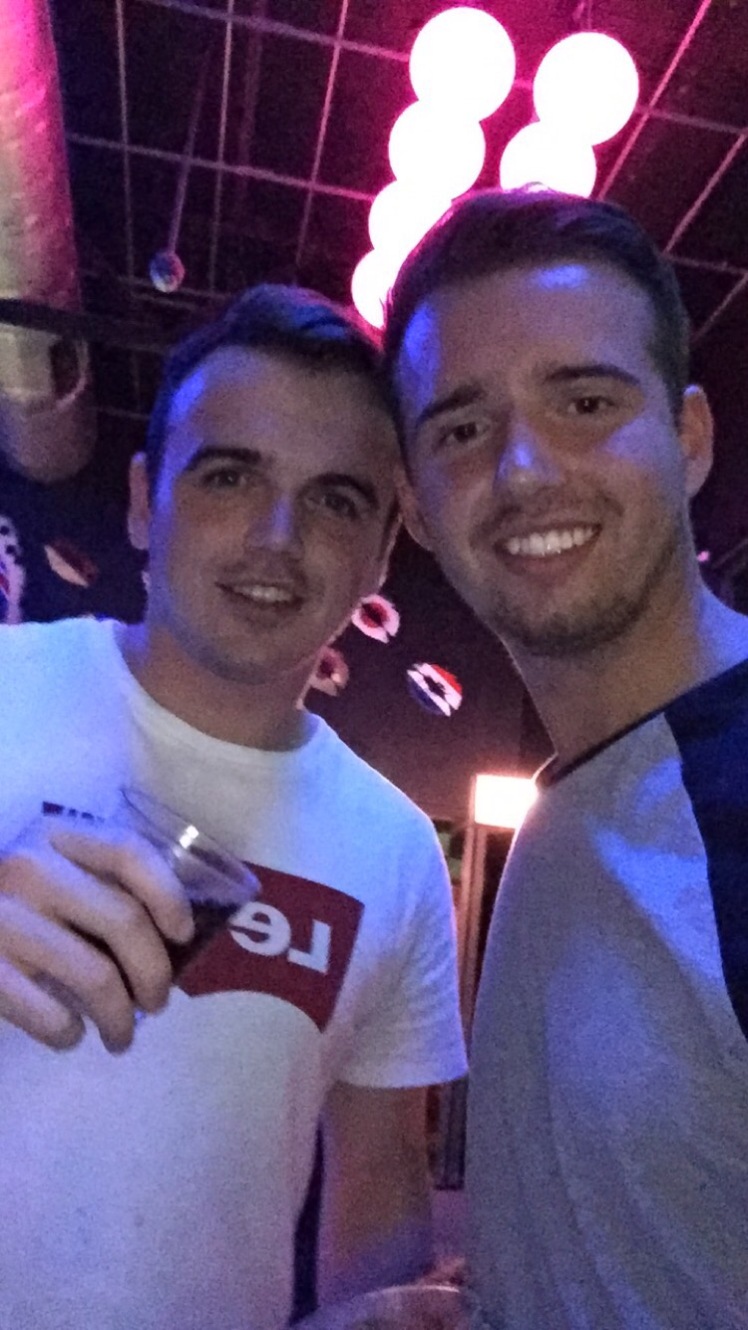 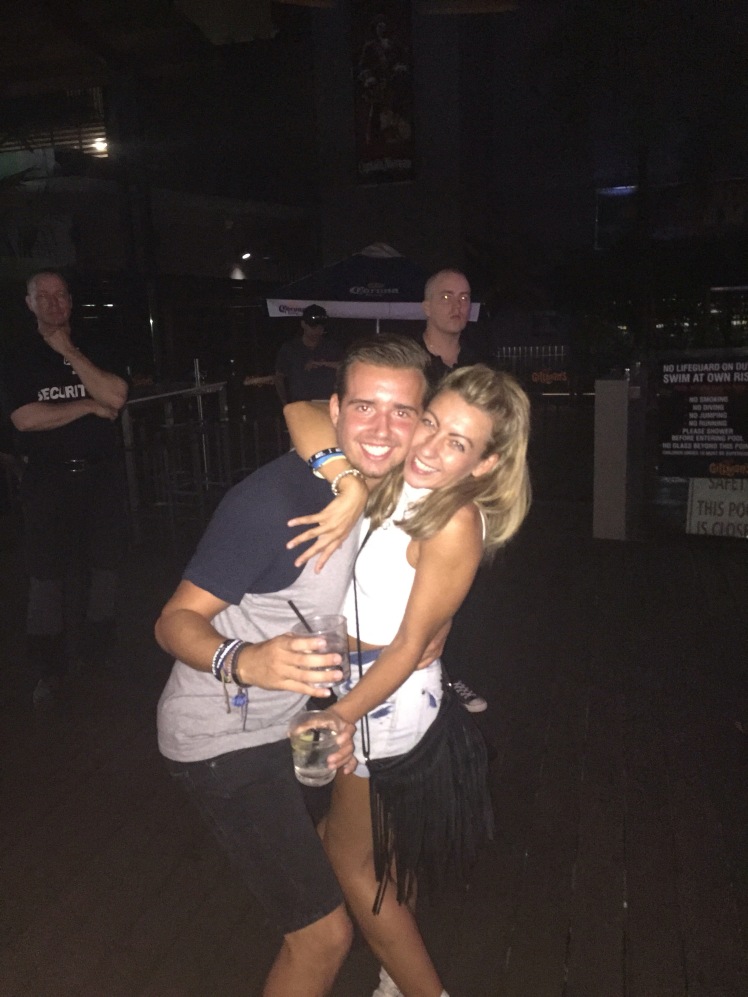 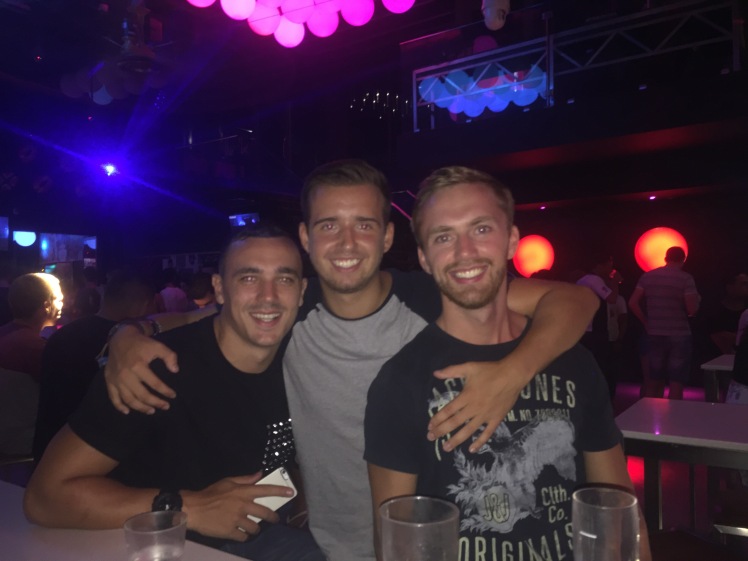 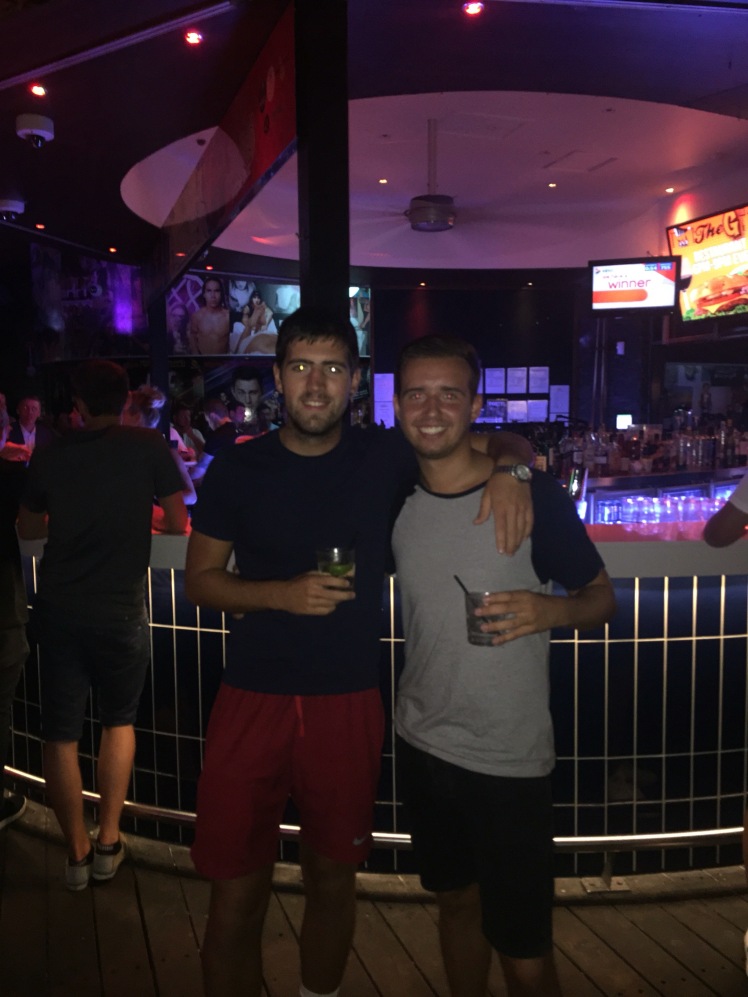 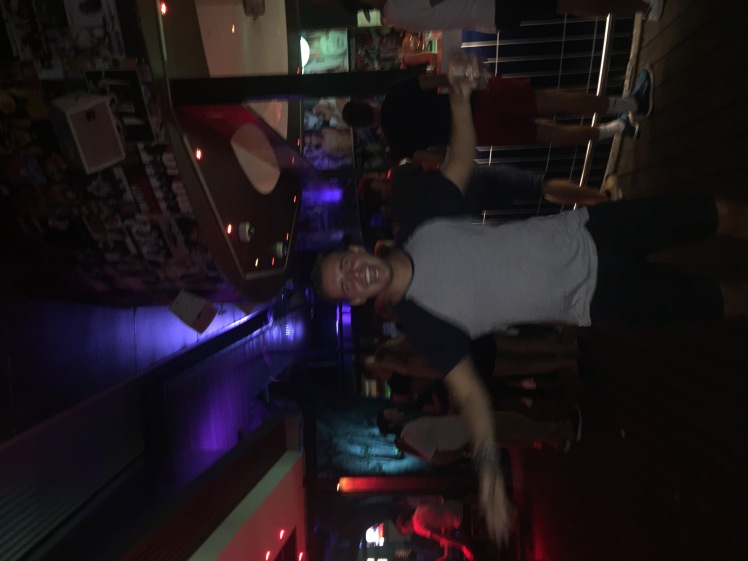 Up we got, bright and early.. Soon we arrived, Sydney welcomed us and we were settling nicely into our apartment up in the hills of Coogee! An apartment we cannot have any quarms about, the necessities and also the added luxuries such as a washing machine, tumble dryer and even a balcony with a sea view.. It’s a long way away but we can definitely see the sea. All we needed now was some companions to share it with…

Up first was Alex Poulter, the army man, fresh from his 40 hour flight and ready to go HAM with way to much money! 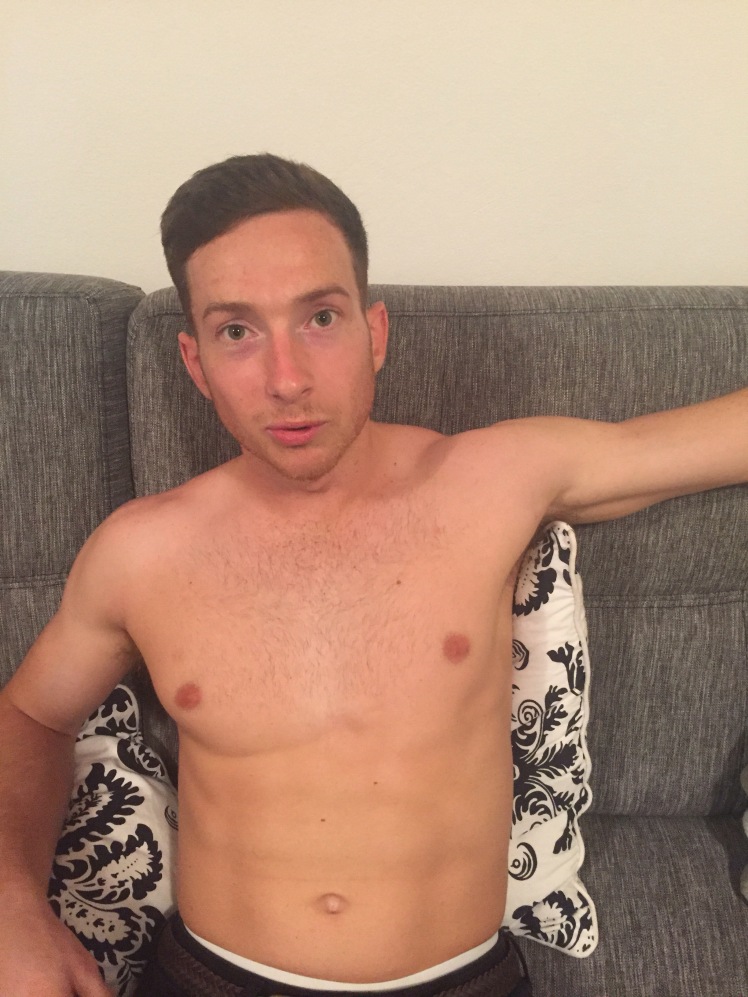 Secondly came Matt Ward… High on life about escaping Europe and even more so ready to settle down in his new country. I believe he’s still on cloud nine now and he still has a spot on the balcony which he cannot resist in the morning! 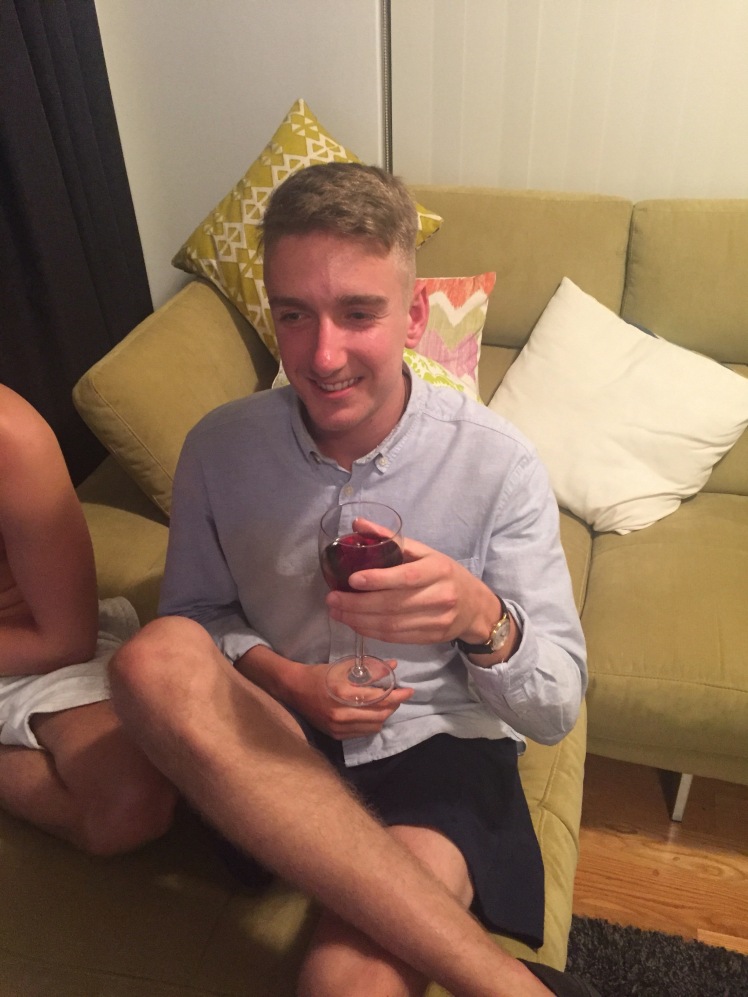 Up next, last but not least was Marcus Whyte, Sydney the next stop of his worldwide adventure and the missing piece of the jigsaw.. The squad is complete!! 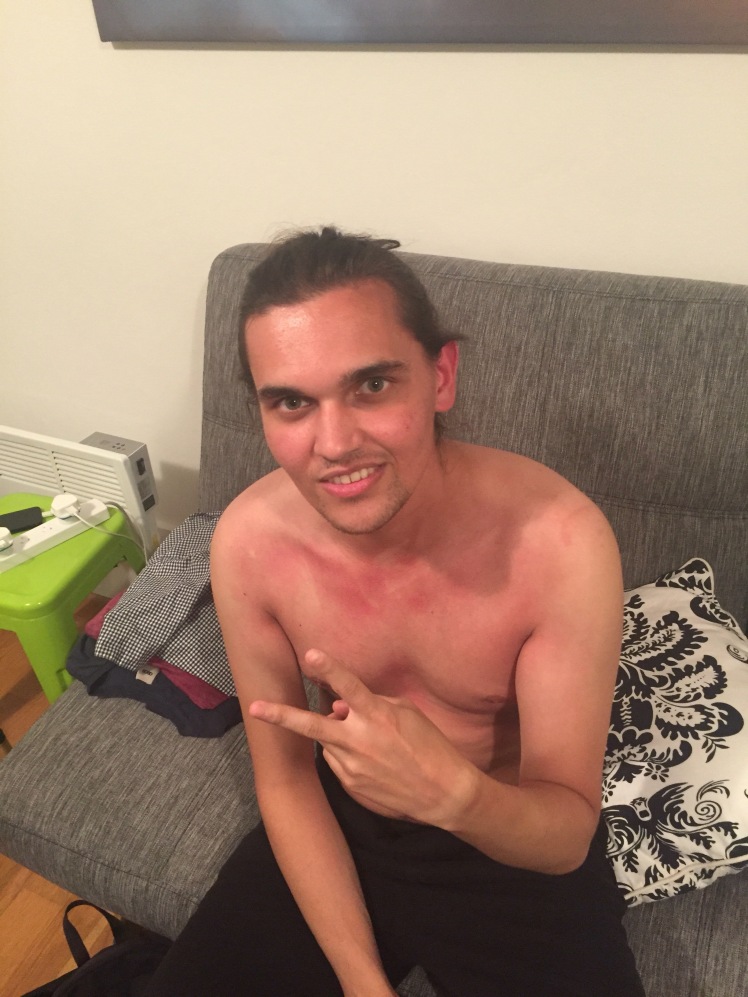 Ashley Bradbrook is now old… 23.. What even is that!? I’m officially past it, out of my prime, gone but not forgotten.. How am I 23!? This is a joke. I’m still ID’ed everywhere and I’m doing Peter Pan proud with this baby face that can still pass of as an 18 year old!!

The boys did good, very good!!

Now this was a day to remember, out of the country and away from loved ones. I got up, went for a run (yes I actually ran) and came home and made some great facetimes home to my Bro and Mum and Dad to whom I owe a lot too for all the help and support they have given me.. I have also opened lots of cards from so many loved ones, friends and family which is very touching that people would go to such lengths to wish me well! Lots of love to be sent home :).. 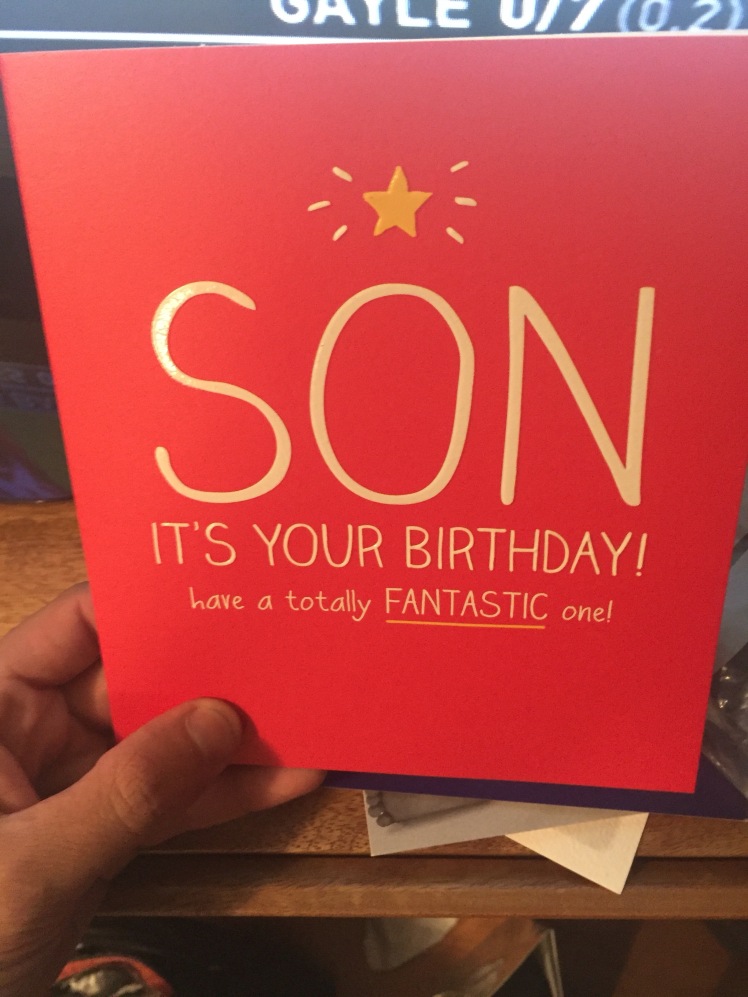 Onwards to the day ahead.. I wanted to do something memorable and something I will probably never do again so I decided I wanted to go and stand on top of the largest building in New South Wales and 2nd biggest in the whole of the Southern Hemisphere.. The Sydney Sky Tower… All 270m up!! Here I am laying down on top of the tower with the minuscule Harbour Bridge in the background as well as the Sydney Harbour in between the two skyscrapers.. 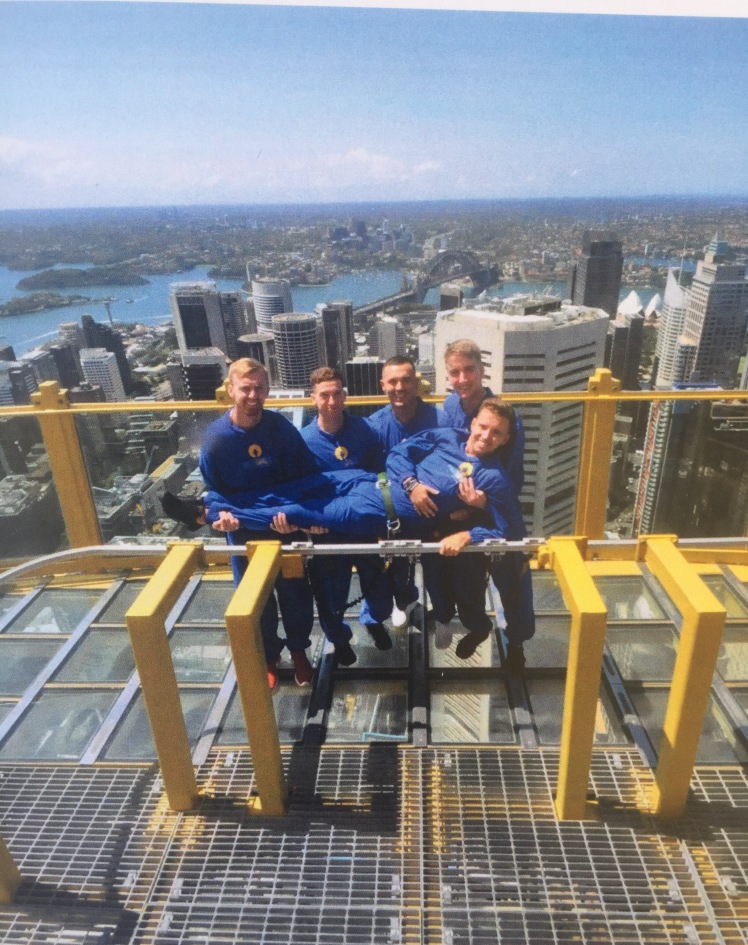 We continued on after to show the newbies around the city and show them what the people come to Australia to see.. The Sydney Opera House and The Harbour Bridge, a life which us 3 have all become accustomed to! 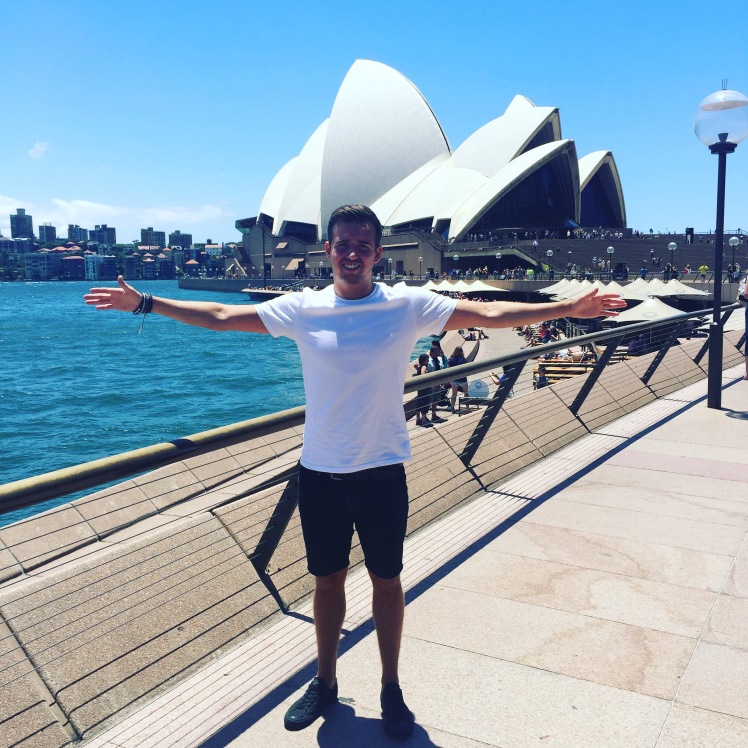 Next came the surprise..

The boys announced that the nights entertainment was to head off to the ‘Big Bash’ which is the 20/20 cricket league and we were off to the opening game of the season between both Sydney teams.. What a night! Haha we had a good seat although we had had a goon or two, my vision was blurred because my eyes seem to be getting worse and I forgot to take my glasses, honest.. We witnessed some huge sixes but we were also those guys who celebrated every single shot and everyone around us learned to love us .. Well that was until Matty spilt half a pint of beer all over the 10 year old boy sat infront of him haha you can see the before picture in a picture below!! 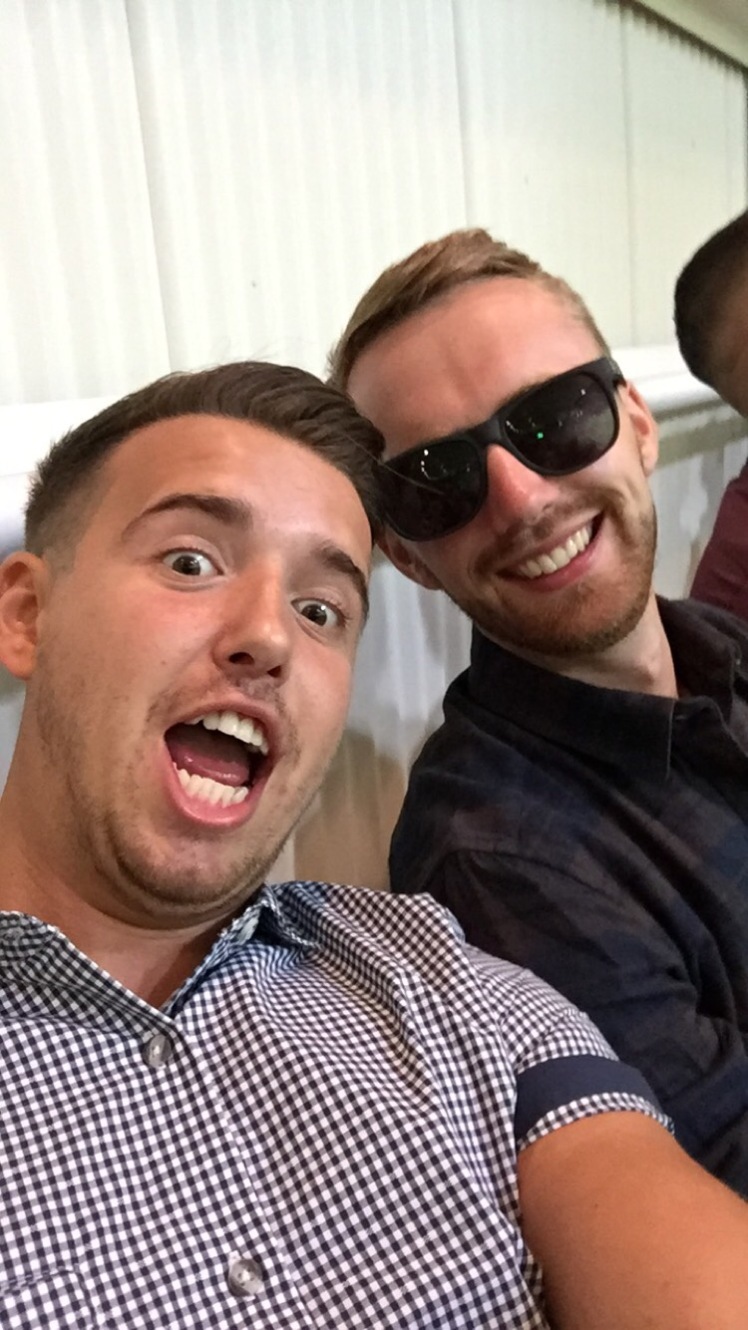 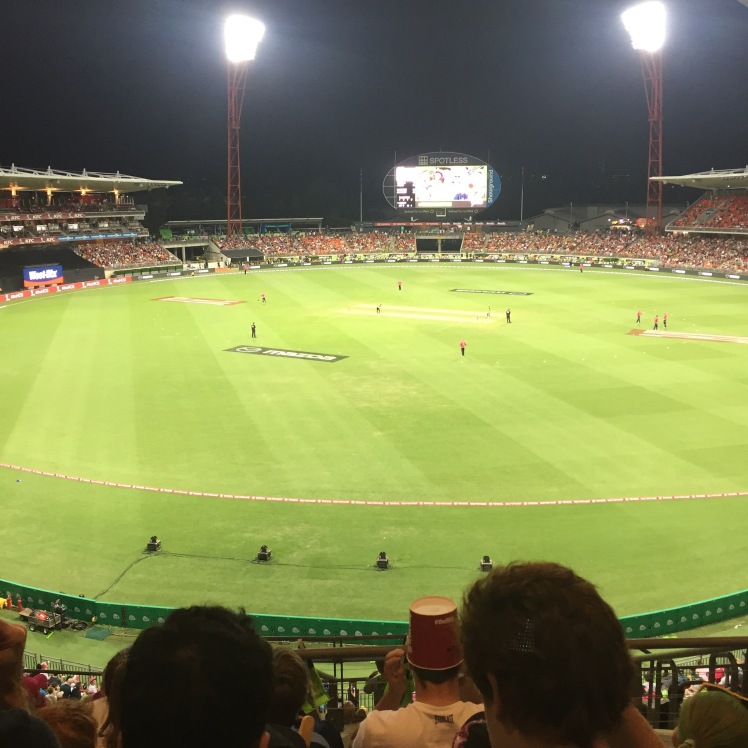 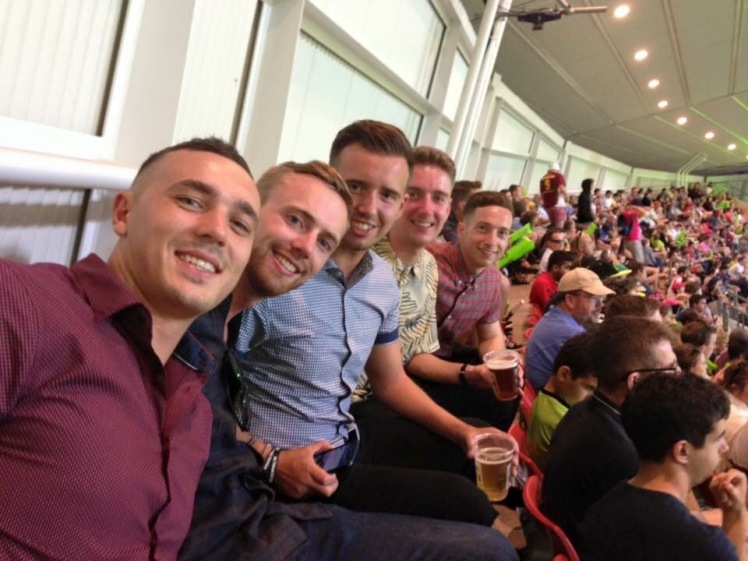 Onwards the night carried on into the City.. Off we went to Ivy. A classy establishment full of respectful and classy persons like ourselves and the prices seemed to reflect that.. $36 for 3 vodka lemonades and I’m still picking my chin up right now.. 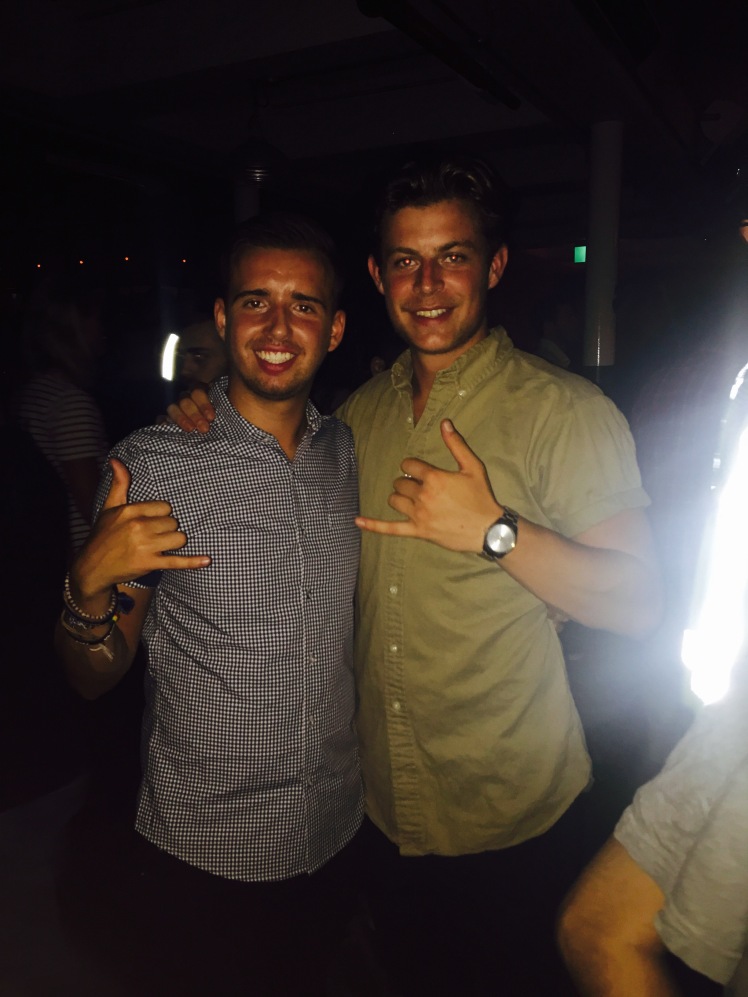 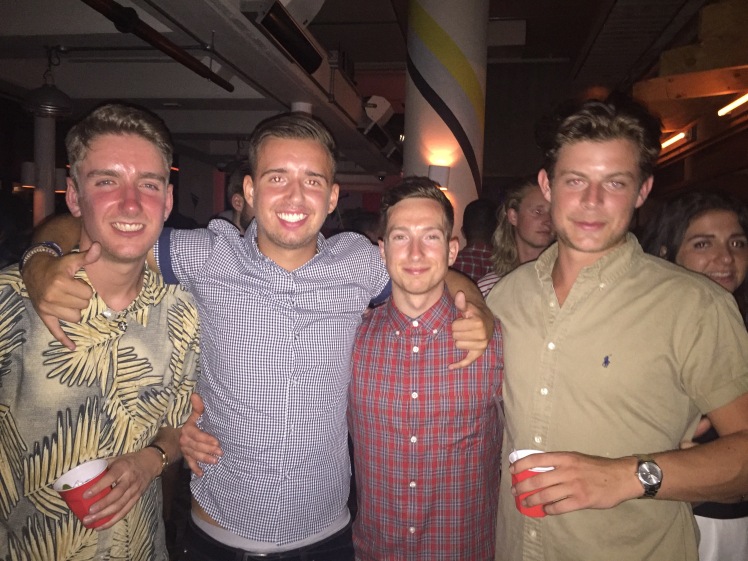 The night and day could not have gone on better.. Well apart from the fact I found out Jose Mourinho had been sacked at the end of the night and I was on a downer from that point forward.. It’s still a touchy subject.. I am very thankful to the boys for the effort that was put in that night!

Onwards and forwards, not much more has gone on really with any substance.. It either consists of hot days at the beach or rainy days playing board games in the flat! I’ve braved the weather alone a few times to go and meet new friends from along my journey so far, it’s good to see new people and get different perspectives on lots of things. 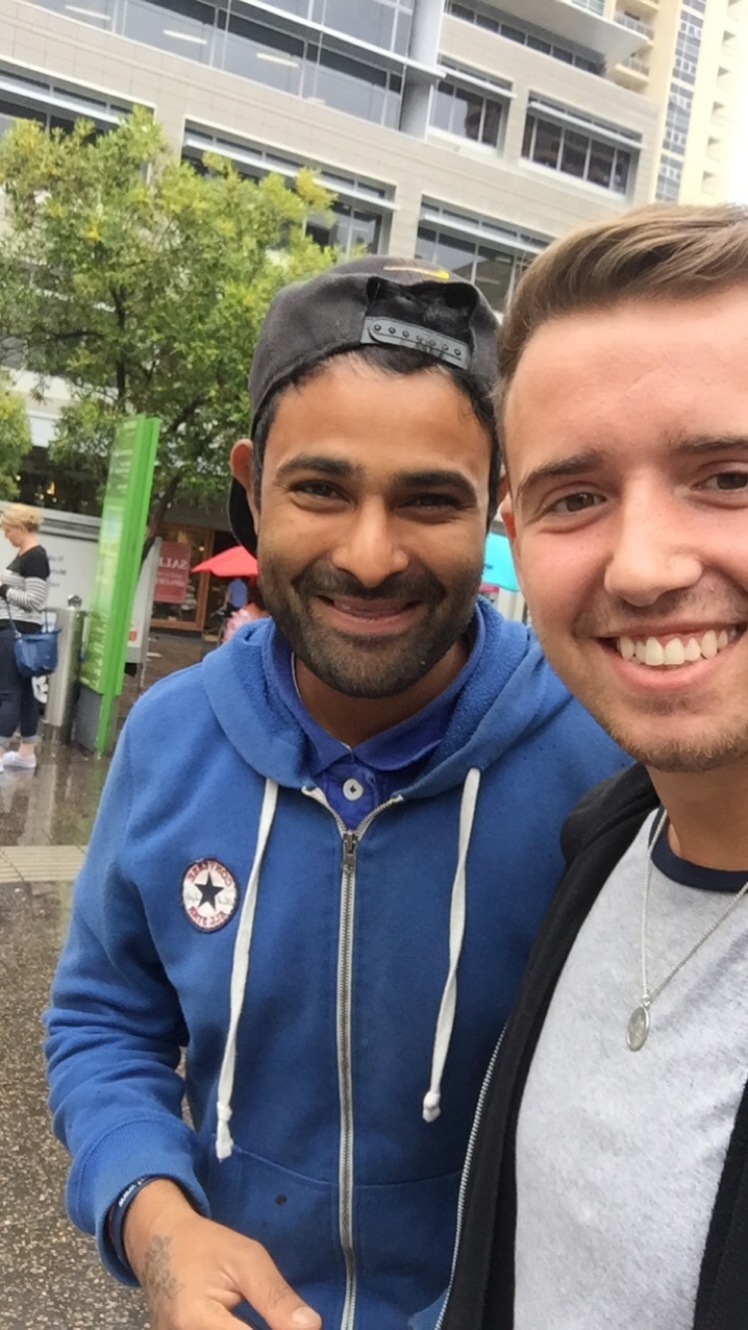 This all paid off when I bumped into a fella called Yans whom I met on the Whitsundays boat and went for a sophisticated coffee and a Maccies.. This guy got me a job this morning! Woken up at 7:45am this morning to an unfamiliar voice, a fella saying that Yans had given him my number and if I wanted a day at work.. I was out the door by 8am and now got a wallet with some extra well earned cash! A hard days graft never hurt nobody hey.. It’s who you know nowadays and I’m greatful to Yans sorting me out! Now Christmas is nearly upon us, we are still unsure whether we will be facing a nice beach day or we spend most of it celebrating in the flat but we’ve had the Turkey ordered in from the butchers (it’s a tradition we shall not miss) and I’m sure many will be FaceTiming and calling home to the loved ones!!

I would like to say thank you to everyone who’s helped me out whether it be in preparation for my trip or somebody who has helped me out whilst I’ve been over here whether it be from a small word of advice or someone who has supported me along the way! It’s an experience I am definitely embracing and my future plans seem bold but I can’t wait to get out there and explore further so thank you to everyone!! 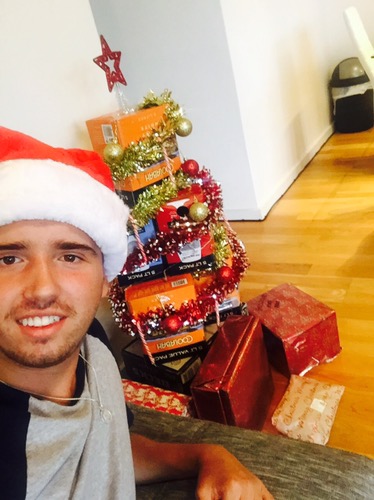 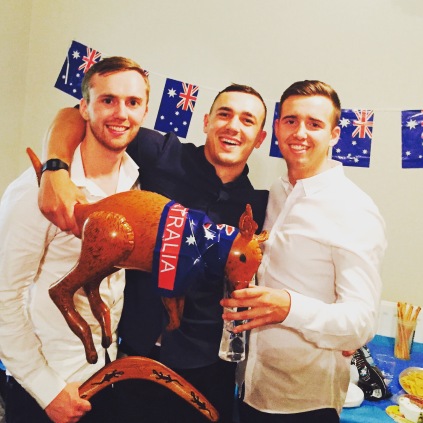 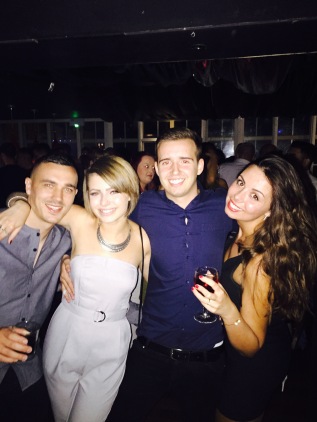 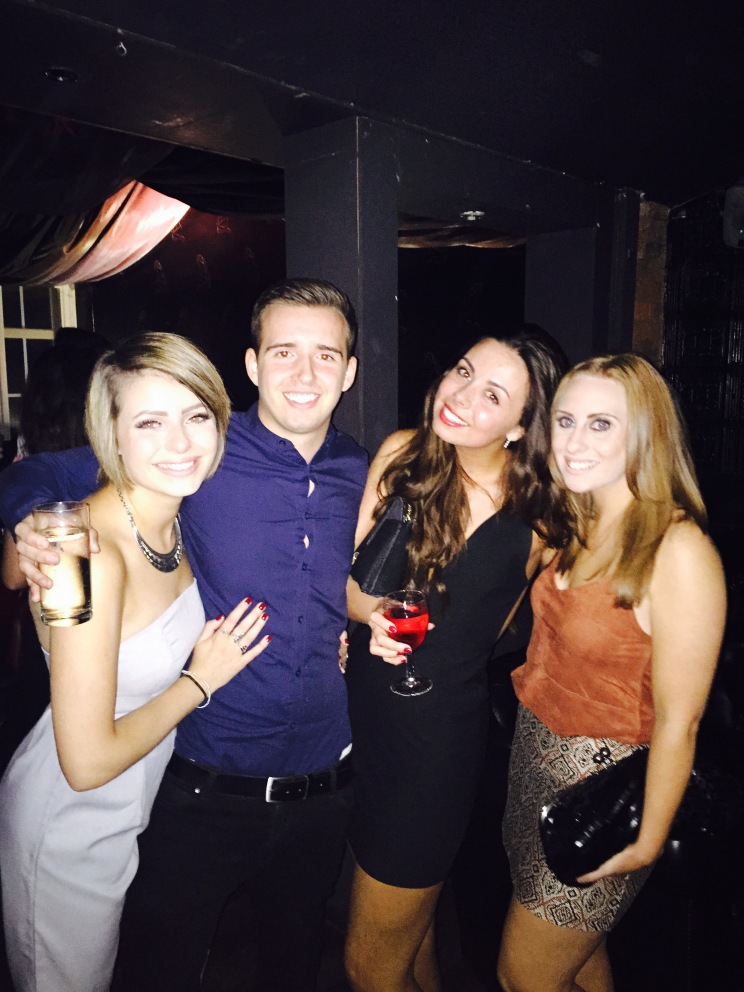